Imagine you are one of them. You probably live in a country with little or no social protection. You work in informal labour markets or in the gig economy. Your sources of income are incredibly precarious and unpredictable.

If you fall ill, you may have to work anyway. And if you are too ill to work, you will not earn the money you need to eat, pay rent, and send your children to school. Even if you have access to public healthcare, you are most likely not entitled to paid sick leave. If you fall ill even for a short period of time, you and your family risk falling back into the cycle of poverty. Similarly, if your livestock die or your crops fail or are damaged, you are unlikely to have the required savings to recover to your previous position.

You may not own your home, but if it is damaged by flooding or a hurricane, you will lose everything you own: your clothes, your stove, your furniture – everything. Not just you, but your neighbours too. So even if you have community-based safety nets, these are likely unable to support you in times of systemic need.

Whether you live and work in an urban or rural environment, your livelihood is constantly at risk from unfortunate events, many of which are insurable.

People around the world recognise climate change as a global emergency. In 2020 alone, natural disasters resulted in economic losses of more than US$ 268 billion, according to Aon. Nearly two thirds of these losses were not insured.

This global protection gap is not evenly distributed. An analysis of data from the Munich Re NatCatSERVICE shows that the natural catastrophe protection gap has stayed at close to 100% for low-income and lower-middle income countries for the last 30 years (Understanding and Addressing Global Insurance Protection Gaps, Geneva Association. Uninsured natural catastrophe losses represent a much greater share of GDP for low- and lower-middle income countries, many of which are disproportionately exposed to natural disasters. Small developing countries are the most vulnerable of all: the International Monetary Fund (IMF) estimates that natural disasters cost such states 2% of GDP every year and that 9% of disasters result in damage costing 9% of their GDP, perpetuating a cycle of national poverty and uncertainty.

Natural catastrophes affect emerging consumers in very specific ways and increasingly extreme and unpredictable weather is impacting both rural and urban livelihoods. Smallholder and subsistence farmers – all too often dependent on rainfed agriculture – see their harvests reduced or wiped out due to flooding and drought. Livestock are affected through the impact on access to feed and water and changes to patterns of disease.

City-dwellers are also exposed to climate change, most notably through the destruction caused by rising sea levels and hurricanes, but also through massive wildfires that destroy property and belongings and impact air quality.

Climate change is also affecting human health. Access to clean air, safe drinking water, sufficient food, and secure shelter are all under threat – directly and indirectly. The World Health Organization (WHO) estimates that between 2030 and 2050, climate change will increase global deaths by 250,000 people every year due to malnutrition, malaria, diarrhoea, and heat stress. 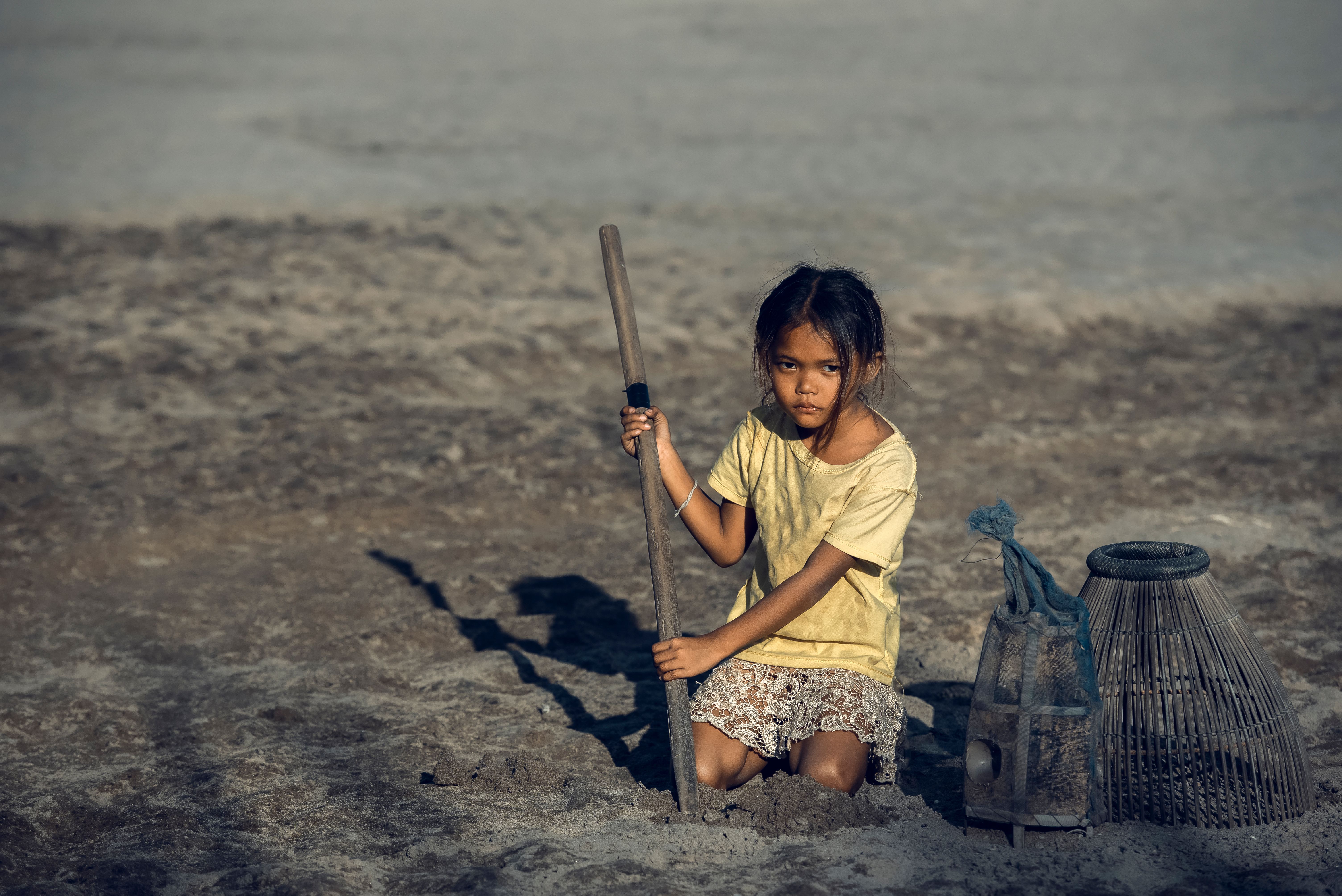 Developing countries – which typically have fragile and weak health infrastructure – are the most vulnerable to this problem and desperately need adequate and inclusive insurance and risk management solutions to cope.

About 70% of the rural poor depend on agriculture to earn their living. According to the International Fund for Agricultural Development (IFAD), there are 500 million smallholder farmers worldwide, and another 2 billion people depend on them for their livelihood. A recent study of agriculture in 55 countries found that farms smaller than two hectares produce one third of our world food supply and play an important role in maintaining biodiversity, which declines as farm sizes get larger.

In Asia and sub-Saharan Africa, smallholder farmers produce 80% of the food that is consumed, and therefore play a critical role in addressing hunger that haunts more than 750 million people in those regions alone. Millions more in Latin America and the Caribbean also live – or die – with fragile food security.

Agriculture is, by its very nature, prone to risks related to the weather, climate, disease, natural disasters, and price volatility. Smallholder farmers are even more vulnerable to these risks.

Crop and livestock insurance is therefore a key pillar of inclusive insurance. Innovation in this space – for example, in the form of index-based insurance products – and improvements in technology now make it possible to provide insurance at scale cost-effectively and quickly.

Public-private partnerships, such as the World Bank Group’s Global Index Insurance Facility (GIIF), are gradually protecting more and more smallholder farmers against weather-related risk. However, there is an urgent need to accelerate progress and find solutions for mitigating, managing, and transferring other risks inherent to agricultural value chains and rural livelihoods. 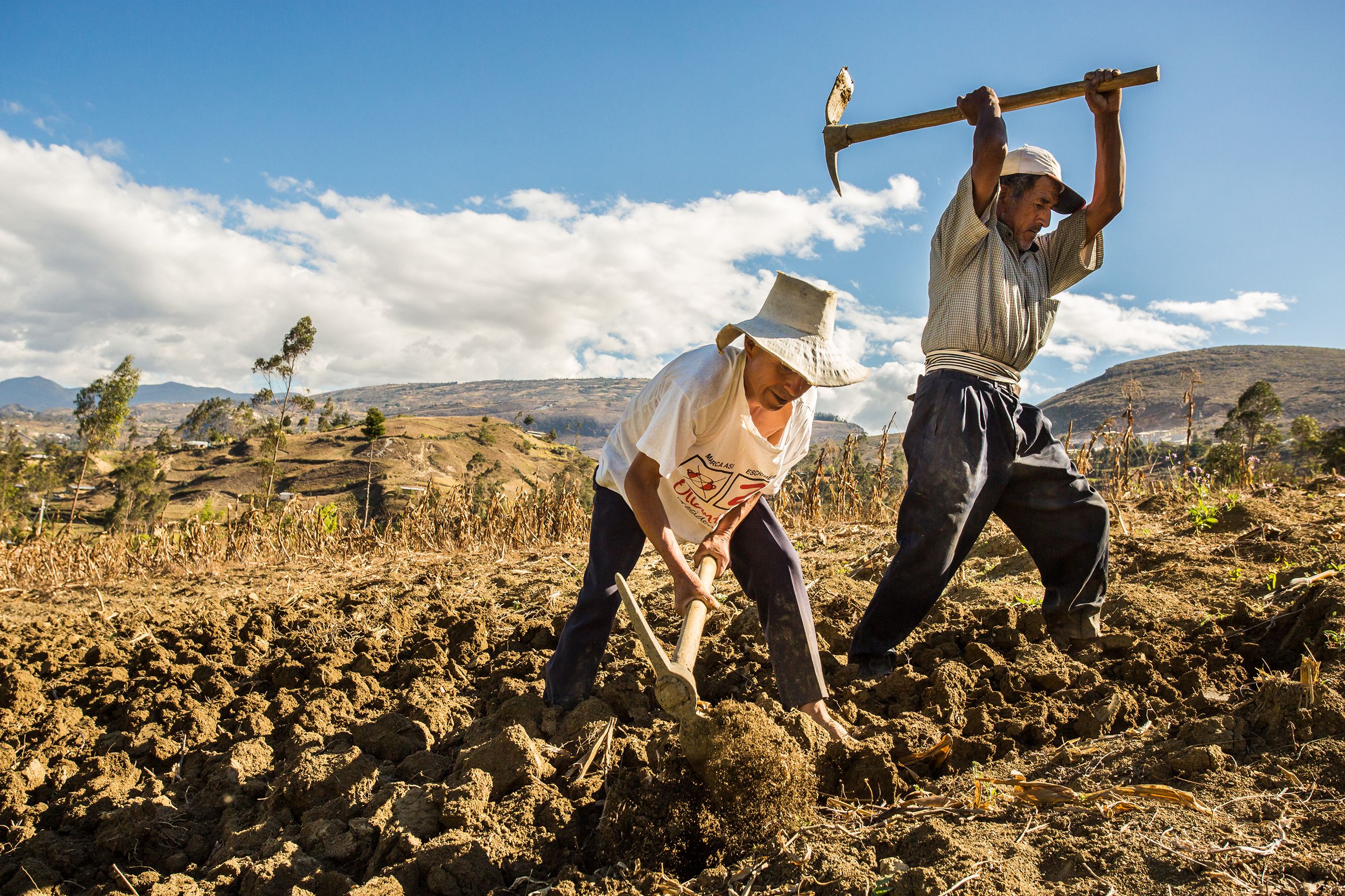 In 2018, a fire blazed through Nairobi’s Gikomba informal market not only killing and injuring people, but also destroying or badly damaging market stands, homes, and traders’ inventory.

In November 2020, more than 300,000 homes were damaged or destroyed after consecutive typhoons battered the Philippines.

Flooding – exacerbated by the impact of climate change – does not just affect crops. It also affects farming equipment, homes in rural areas and infrastructure that is critical for agricultural value chains.

All of these examples are emblematic of the risks low-income individuals and households, and their businesses, have with respect to their often meagre assets. Property damage or destruction can be a debilitating shock, reversing their fortunes, and sending them back into a cycle of debt and poverty. Despite this, property insurance for low-income households and MSMEs in developing countries is in its infancy. The 2020 Landscape Study, which covered 30 countries in Africa, Emerging Asia, and Latin America, found that less than 1% of the people who had some kind of insurance for non-life risks had any kind of (non-agricultural) property insurance. 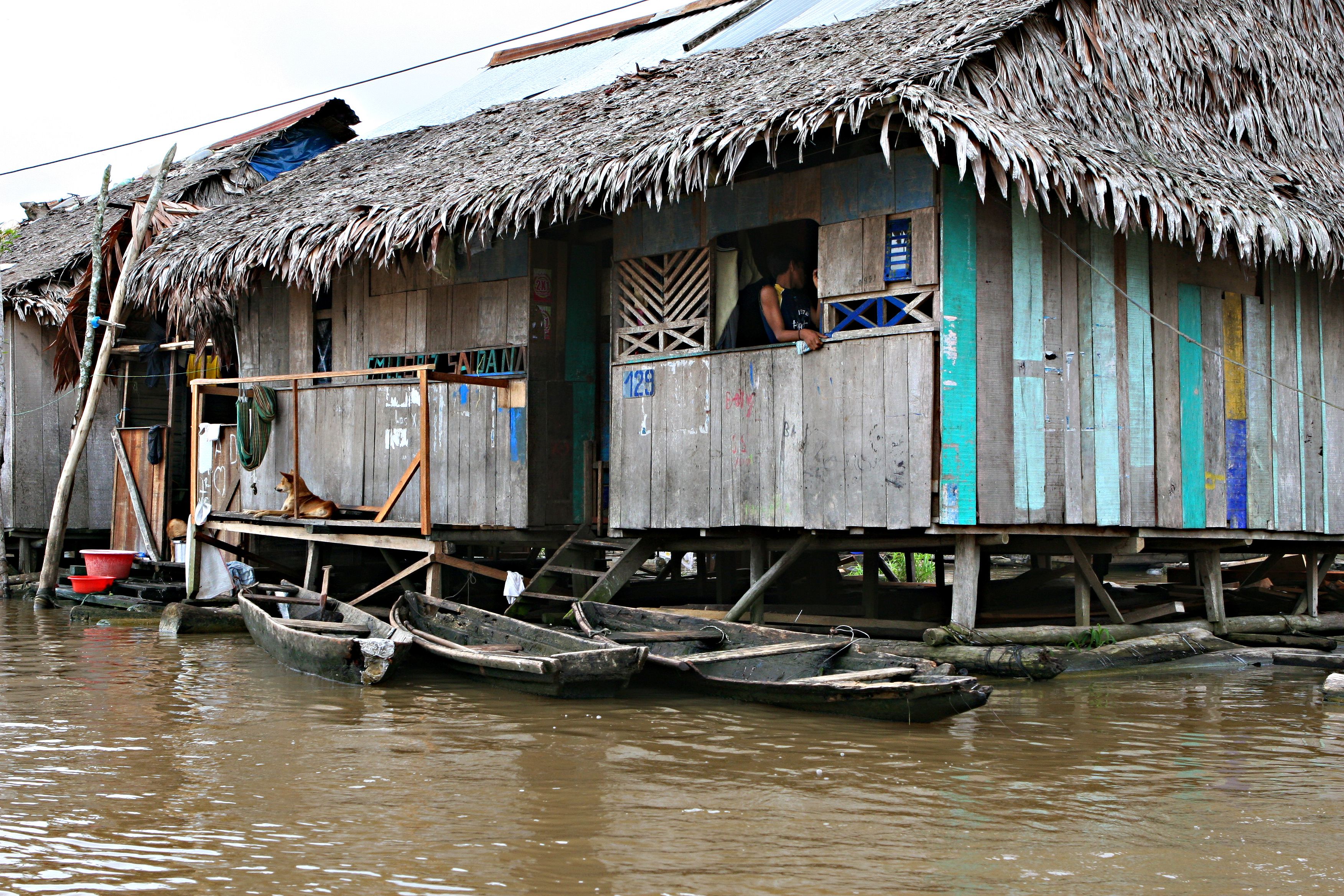 To address this quasi-vacuum, the ILO’s Impact Insurance Facility has launched a partnership with Habitat for Humanity and Britam, an East African financial services group.

Not only are low-income individuals disproportionately vulnerable to illness, accident, and disability risks – they are also less likely to have the appropriate tools to respond.

Even in countries where public health care systems are in place, they are often under pressure and face significant resource constraints which impact the quality of treatment available. In more rural areas, this is typically exacerbated and access to the requisite healthcare is more challenging. Other safety nets may exist in the form of grants and welfare systems, and community or informal support systems; however, these mechanisms are not always sufficient, and a single negative event has the potential to be a disaster for an entire family.

These categories of risk are particularly problematic because of their second- and third-order effects: if someone is sick, their primary challenge is to get well; but while they are sick, they are also losing out on income-generating opportunities, placing an additional burden on family members and family resources. Furthermore, utilising even limited household savings or – more perniciously – going into debt or selling assets to cope can create a feedback loop from which it is hard to escape.

To help people manage these risks, inclusive insurance providers have developed health products targeted at low-income customers. As our Landscape Study shows, in recent years, these products have been consolidating. Most commonly, they take the form of personal accident cover or hospital cash products, which pay individuals a claim when they spend time in hospital (and are thus commonly used to replace lost income during the period). Many of these products leverage mobile technology and value add services linked to these products, like telemedicine, appear to be on the rise. 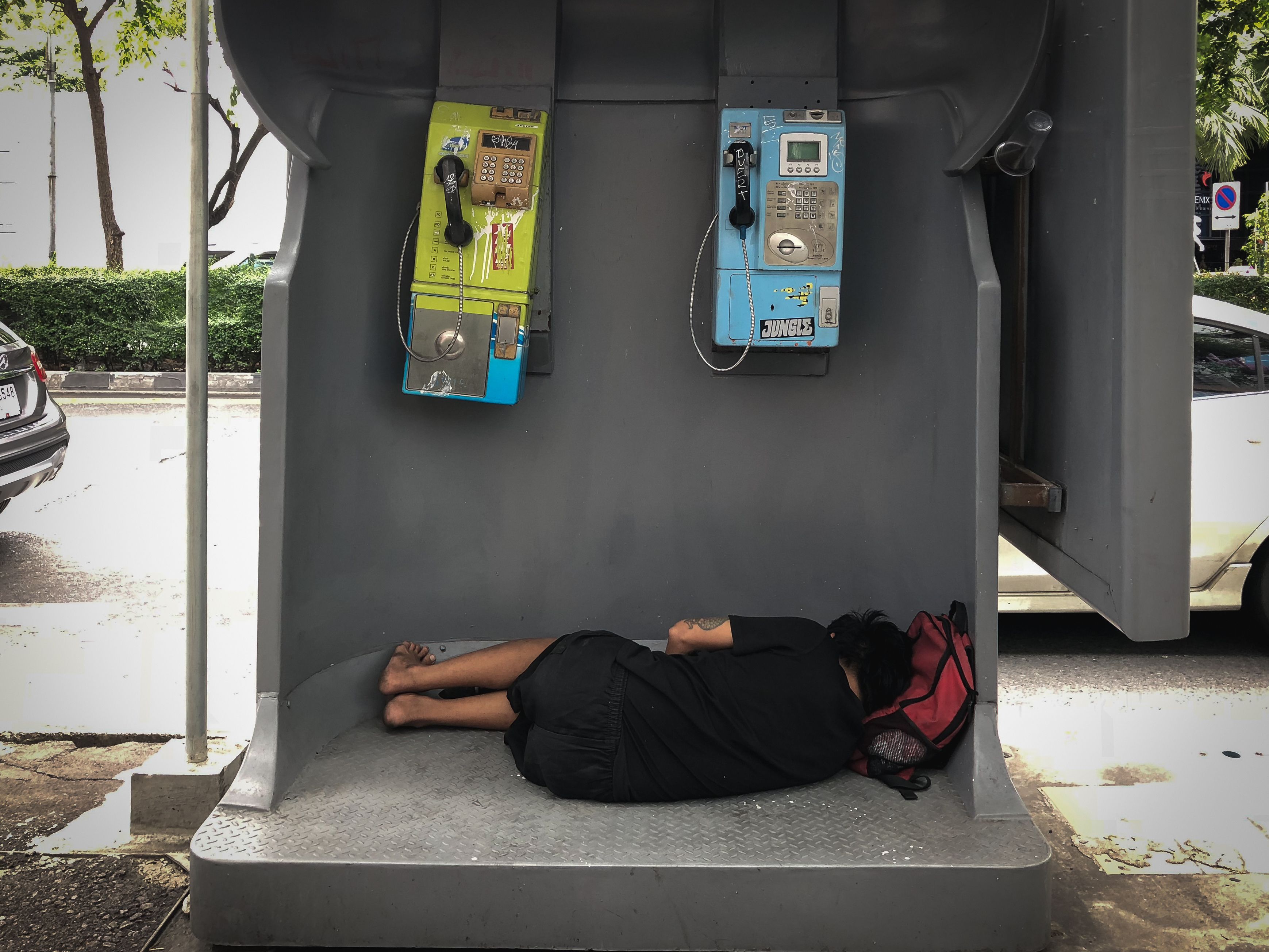 Although work is required to increase the range of products available, promising advances have been made in recent years around disease-specific cover for common illnesses like malaria and dengue fever. And we expect more innovation in this space in the years ahead.

Mortality rates are commonly higher among lower-income groups in developing countries. Moreover, low-income households are more vulnerable to the loss of a breadwinner, and typically have insufficient insurance to help manage the risk. Once again, low-income households have to bear the immediate financial costs of a death (i.e., funeral and related expenses) as well as working out how to manage the secondary consequences – loss of household income and potential impacts on food, education, and basic necessities for children and other dependents.

As we have seen for other risk categories, informal and community mechanisms, as well as government relief, have a role to play in assisting people recover (depending on the country’s systems). However, where this support is inadequate, families are at risk of bad credit and a decline into poverty.

The inclusive insurance community has helped address this risk perhaps more than any other risk category. Credit Life and Life (including Funeral) products are by some distance the most common products that we have found in our Landscape Study research.